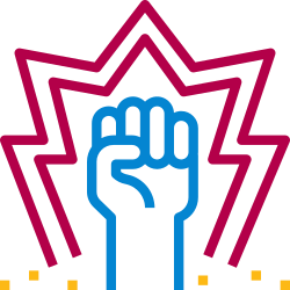 mh
/
lts-docs
Fork 0
Code Issues 0 Releases 0 Activity
User documentation and guides for products sold on the Libre Tech Shop. https://docs.libretech.shop
websiteltsdocumentationmkdocs
You can not select more than 25 topics Topics must start with a letter or number, can include dashes ('-') and can be up to 35 characters long.
8 Commits
1 Branch
48 MiB
HTML 99.8%
CSS 0.2%
Tree: 5763fce26e
main
Branches Tags
${ item.name }
Create branch ${ searchTerm }
from '5763fce26e'
${ noResults }
lts-docs/docs/usb/index.md

The main component of the MH-USB disk is the Ventoy bootloader - derived from Grub2.

By default, the following operating systems are available for live boot or installation:

!!! tldr "About" Alpine Linux is a security-oriented, lightweight Linux distribution based on musl libc and busybox.

!!! tlr "About" Debian is a complete Free Operating System! Also known as Debian GNU/Linux, it is a GNU/Linux distribution composed of free and open-source software.

!!! tldr "About" Devuan GNU+Linux is a fork of Debian without systemd that allows users to reclaim control over their system by avoiding unnecessary entanglements and ensuring Init Freedom.

!!! tldr "About" Fedora Workstation is a polished, easy to use operating system for laptop and desktop computers, with a complete set of tools for developers and makers of all kinds.

!!! tldr "About" Guix is an advanced distribution of the GNU operating system developed by the GNU Project—which respects the freedom of computer users.

!!! tldr "About" Haiku is an open-source operating system that specifically targets personal computing. Inspired by the BeOS, Haiku is fast, simple to use, easy to learn and yet very powerful.

!!! tldr "About" LibreELEC is a lightweight ‘Just enough OS’ Linux distribution purpose-built for Kodi on current and popular mediacentre hardware.

!!! tldr "About" Manjaro is a user-friendly Linux distribution based on the independently developed Arch operating system. Within the Linux community, Arch itself is renowned for being an exceptionally fast, powerful, and lightweight distribution that provides access to the very latest cutting edge - and bleeding edge - software.

!!! tldr "About" netboot.xyz lets you PXE boot various operating system installers or utilities from a single tool over the network. This lets you use one media for many types of operating systems or tools. The iPXE project is used to provide a user friendly menu from within the BIOS that lets you easily choose the operating system you want along with any specific types of versions or bootable flags.

!!! tldr "About" openmediavault is the next generation network attached storage (NAS) solution based on Debian Linux. It contains services like SSH, (S)FTP, SMB/CIFS, DAAP media server, RSync, BitTorrent client and many more. Thanks to the modular design of the framework it can be enhanced via plugins.

!!! tldr "About" The OpenWrt Project is a Linux operating system targeting embedded devices. Instead of trying to create a single, static firmware, OpenWrt provides a fully writable filesystem with package management. This frees you from the application selection and configuration provided by the vendor and allows you to customize the device through the use of packages to suit any application.

!!! tldr "About" Proxmox VE is a complete, open-source server management platform for enterprise virtualization. It tightly integrates the KVM hypervisor and Linux Containers (LXC), software-defined storage and networking functionality, on a single platform. With the integrated web-based user interface you can manage VMs and containers, high availability for clusters, or the integrated disaster recovery tools with ease.

!!! tldr "About" Qubes OS is a free and open-source, security-oriented operating system for single-user desktop computing. Qubes OS leverages Xen-based virtualization to allow for the creation and management of isolated compartments called qubes.

!!! tldr "About" SystemRescue (formerly known as SystemRescueCd) is a Linux system rescue toolkit available as a bootable medium for administrating or repairing your system and data after a crash. It aims to provide an easy way to carry out admin tasks on your computer, such as creating and editing the hard disk partitions. It comes with a lot of Linux system utilities such as GParted, fsarchiver, filesystem tools and basic tools (editors, midnight commander, network tools). It can be used for both Linux and windows computers, and on desktops as well as servers. This rescue system requires no installation as it can be booted from a CD/DVD drive or USB stick, but it can be installed on the hard disk if you wish. The kernel supports all important file systems (ext4, xfs, btrfs, vfat, ntfs), as well as network filesystems such as Samba and NFS.

!!! tldr "About" Tails is a portable operating system that protects against surveillance and censorship.

!!! tldr "About" Ubuntu comes with everything you need to run your organisation, school, home or enterprise. All the essential applications, like an office suite, browsers, email and media apps come pre-installed and thousands more games and applications are available in the Ubuntu Software Centre.

!!! tldr "About" The Raspberry Pi Imager is the quick, safe and easy way to install an operating systems to a microSD card or USB disk.

!!! tldr "About" ungoogled-chromium is Google Chromium, sans dependency on Google web services. It also features some tweaks to enhance privacy, control, and transparency (almost all of which require manual activation or enabling).